Tour to the caves, a look into the past 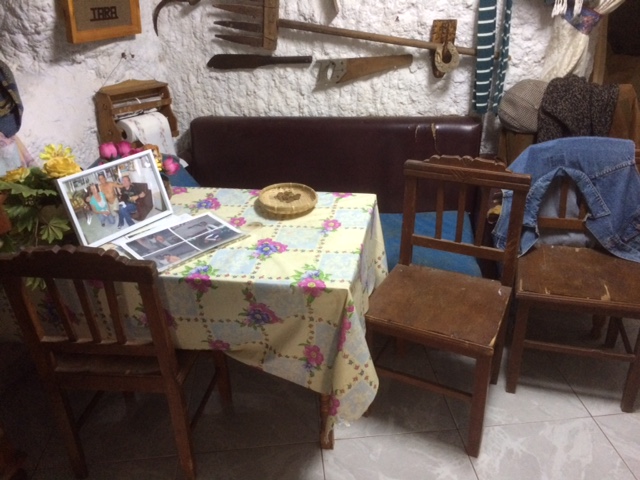 We head towards Las Palmas but just after Vecindario we leave the highway and drive through Aguimes and Ingenio, two local villages that tourism has only been traveling through without influencing the cities. Soon we begin to go down in Guayadeque valley where after 4-5 Km we can see the first caves. There are separate caves for people and their animals.

The first inhabitants of these caves were the island's indigenous people, also called Guanches, and they were small blond-haired people. Some people say that they were the descendants of the Vikings, but others deny this strongly maybe because this would mean to change the history books. The fact is that they have found remains of trees which have been carbon tested and have proved to be the remains of Viking boats.

It is interesting to see how small the chairs and the tables are and how short the bed is, one can clearly see that it was small people who lived there. When the family increase they took out their hammer and chisel and start to cut out another room inside the mountain.
When we have spent time looking around this very special village, we drive the same way back. If someone would like to stay in Vecindario shopping center Atlántic we will happily ask the bus to stop for you but you would need to make your own way home again most buses run at least once every hour.